l Over the holidays my friend and I got into a discussion of politics. He said, “Since the inauguration of President Trump, it’s worse than fiction.” Then another friend. She said, “Worse than anyone anticipated.” Finally, My preacher said, “This is the end.”

l “Yes!” The worst probably is over. There’s hope. 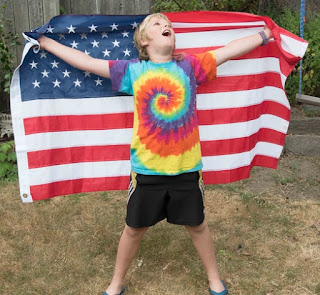 Turning point: In November, 2018, we voters of the United States of America elected a majority of opposition party members (Democrats) to seats in the House of Representatives. The federal election of 2018 was the biggest story in 2018, the Year of the People. It’s a positive story. That’s a sound reason for hope.

l In 2019, courts, investigators and the opposition party, backed by loyal Americans of every color and class, will work to re-ground and stabilize the nation.

What’s for Americans to do in 2019? These five things:

1. Steer our President toward decent government whenever, and however possible.

Investigators, Congress, White House staff and Courts: do your job to restore order in government. Order with justice for all: that’s the goal. The President’s staff should advise him, reign him in, or just resign as so many have already done. That’s your duty to the President and to the people.

2. And for ordinary Americans, have your say! Letter to the editor, that’s one thing to do. Social media: another way to communicate your stand for freedom and justice.

3. We the People must act as one body, but how? By finding how to realize our common values of “freedom and justice for all.” And with regard to justice in particular, a recent poll found that a majority of Americans favors impeachment or removal from the office of president.

A second thing to communicate: let your voice be heard on shortening Trump’s careening presidential career.

3. It’s not a political party thing, my friends. No, it’s our all-encompassing pledge: “liberty and justice for all”. Much broader than any political party. We recite: “one nation, under God, indivisible. . .” We do commit to that, right?

Republicans included. Look at Senator Romney's statement. Worth a read, for sure!
Therefore, a third thing to do: vote for candidates who genuinely support Liberty and Justice, and whose main personal motive is love of country.

4. Another thing to do. Lift the poor and strengthen the middle class. This is a tax matter. Much of Trump’s tax reform (or, better, deform) must be reversed.

5. Use the next months to root out voter repression in every jurisdiction. “Open and fair elections” in 2020. An essential, necessary and worthy goal. 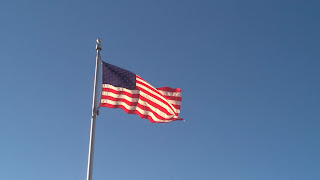 Question: would you add other priorities to this list?
Posted by GrowingGreen at 7:21 PM