ADJUSTING OUR COMMUNITIES' RECIPES: A New Try for Democracy


Wherever I go I’m interested in the baking process. The making of bread, pies, dessert pastries--you name it. Whatever goes into the oven. You're interested in this, too, I'll bet.

To find baking-in-process I merely step into the family kitchen. My families’ kitchens, actually, because my mother, Orleen, baked alot for her family. And so does my loving and skilled wife.

Here's what I learned. In baking: you follow a tried and true recipe. You stick to the recipe (could be called the script.) You create a bowl of batter. You bake for so many minutes at a certain heat level.

In a democracy, it’s not much different. The recipe is the constitution. It provides for a certain mix--often by defining limits beyond which the various powers in government cannot go. No single power (neither the “batter,” the “fruits”, the “nuts” of the democratic mix) dominates. If the powers follow the recipe they may produce a wonderful result.

Women seems to know more about following recipes than men. Another argument for electing women to public office!

The governmental recipe will differ from society to society, just as in baking a certain recipe prevails.

Example: in some societies, more than one language group must be accommodated with equity, especially in Africa. At the moment, Cameroon is struggling with two ingredients (English, French).

And consider how language works in my town, Newberg, Oregon, U.S.A. Public notices and newspaper advertisements often appear in both English and Spanish. The recipe works. Canada seems to have arrived, finally, at a workable English/French “language recipe”.

Americans, in the November, 2018 election, adjusted their basic “recipe” for running the nation. In the November, 2018 election by creating a better balance among political parties, re-setting the stage  for creative bargaining. And raising the hopes of the people for a pullback from raging rightwing legislation. The 2018 Year of the People campaign was a huge success. Congratulations, Americans!

Now the question for America: “will this new batter result in improved government outcomes?” In building and maintaining societies, if strengthened programs result from the new balance, then the “baking project” will be a success. Let the recipe work! Let all Americans work hard to make it happen! 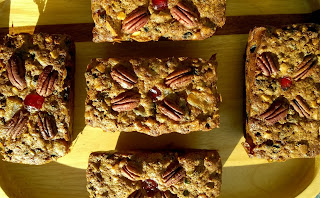 In twelve months, how will we know if it’s working? By the taste. Benchmarks for good taste in government:  1, limits and restraints on  a wanna-be all-powerful person in the office of President; 2, a strong movement toward a further shift producing tastier government in the elections of 2022. Item 2 will require better dialog between people of different opinions. That’s not impossible. In fact, it’s the recipe right at the heart of democracy.

Elected officials wherever you rule: follow the tried and true recipe (the constitution, the balance of powers.) Mix the ingredients with respect (for races, classes, languages, voters, error-proof voting systems.) Work hard in the “kitchen” (the Senate, the House, the administration) toward the best outcome for all. 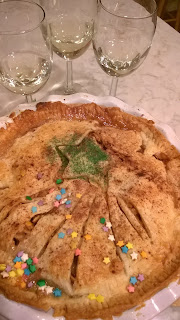 Let's Get the Best Outcome from the Best Recipe