Dreamers All: Dreaming of New Vision, the New Renaissance

Let me tell you a story. Last evening my wife and I were at my daughter’s dinner table.

I ask my grandson what he was studying this year (10th grade, Sunset High School, Beaverton, Oregon.)

He replied with something about World History and mentioned a very special word, “Renaissance.”

“Renaissance,” said I. “How great! What does Renaissance mean?”

“Fantastic,” I shouted. Then, more quietly, “Re-naissance. French: re-naissance, re-birth,” I said with all the enthusiasm of a Humanities Division professor. “Finally, you're studying something I’m really interested in! Michelangelo! He was a dreamer.! 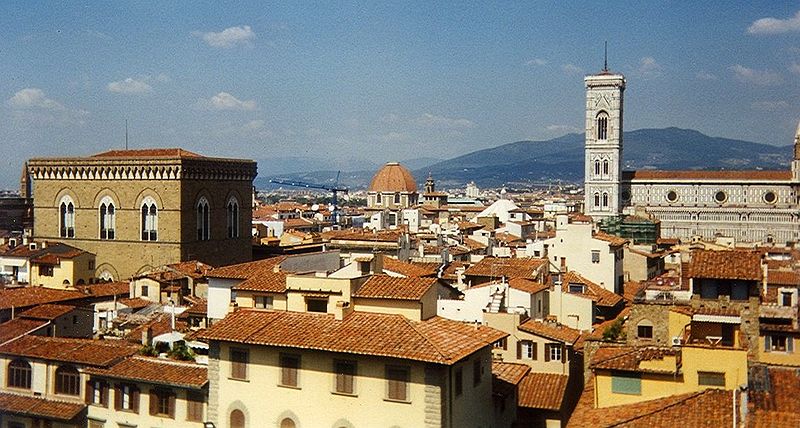 Grand Old Florence, a center of the Renaissance

Yes, the Italian Renaissance (Michelangelo and all of the others) was a re-birth of a stultified civilization. It transitioned all of Europe from the Dark Ages, so-called, into modern forms of government and economics. It laid foundations for nation-states.

Today, the world (and not just a particular single nation) needs a renaissance—a rebirth, a dream of a new order.

A neighbor explained that last week she went to her doctor with a complaint. “I’m so fatigued and worn out.”

Because of all the political name calling—the lying—the hypocrisy, she said.
The doctor raised his fist in the air and exclaimed: “I’m with you there!”

Not just in the U.S. but in many nation-states around the globe, the old form of organization—the nation state—is proving to be dated and inadequate. New inventions—global internet, space travel, artificial intelligence, lethal intercontinental weaponry, global warming —have made national boundaries and governments archaic.

The United Nations is a very noble start toward this new renaissance, but only a start. The world needs imagination that goes beyond.

If the entire world needs a new renaissance, then based on what? Not on the revival of white nationalism (the alt-right vision currently infecting America and Europe like an end-of-life disease). Rather, we need a set of ideas and beliefs that embraces the globe as the context and gives an opening to the future for all.

Maybe your children or my grandchildren will contribute to the new birth. I'm sure it'll take someone in their twenties or thirties. That's when genius peaks in human beings. If you're reading this and you're of that age group, the opportunity is yours. Dream big!

A prayer: May God (by whatever name in every language) guide prophetic vision, and may visionary prophets create a new renaissance, an age of secure political organization guaranteeing life for persons in sustainable society everywhere on planet Earth.