DO YOU KNOW THE STORY? of Beneath the cross of Jesus

Friday, 4/16/2017, was the day to remember the crucifixion of Jesus on a hill outside of Jerusalem. Many followers took their stand beneath the cross on the day he was crucified, right/ Not so according to our ancient texts. Mark 16:40 records the names of three women and adds that there were other women assembled in the distance. One Roman centurion was close to the cross, witnessed the crucifixion and became a believer . 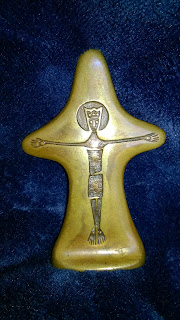 The work of a German Benedictine Abbey 1960

On Easter eve and on Easter Sunday morning, a billion Christians will crowd churches to celebrate the empty cross. 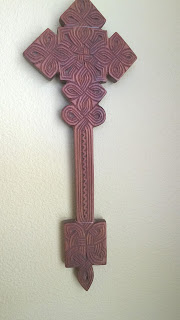 Many English-speaking Christians will sing, "In the Cross of Christ I glory, towering o'er the wrecks of time." A favorite hymn. Sometimes classified as a Gospel song.

The author of the words of the song, John Bowring (an English Unitarian, 1792-1872), has this amazing life story. He was a pre-eminent diplomat, knighted by Queen Elizabeth in 1854 for his service as fourth government of Hong Kong among other roles. He was a linguist, fluent in 20 languages, and a poet.

The story relates to his inspiration for the words of the song. He was a passenger on a sailing vessel. As it plied along the shores of coastal Macao, China, he saw onshore the ruins of an old Christian church that had been gutted by fire. But above the ruins was the church's cross, still standing. That sight inspired him to write the poetry that inspires us still. The hymn appears in many hymnals today.

Looking around yourself, you yourself may identify many wrecks of time, and a lot of wrecking in the process. Where is it all going?

You may still rejoice if you keep in mind the words of Bowing:

"In the Cross of Christ I glory,
Towering o'er the wrecks of time." 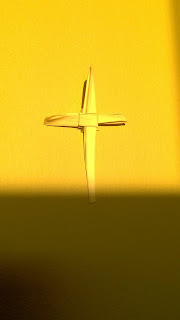 Have a blessed Easter. Stay by the cross.