MEMO TO THE PRESIDENT. QUESTION MARKS??? AND EXCLAMATION POINTS!!!

A Public Memo to the President of the U.S.

Muslim (you’ve already shown by your actions your feelings about them) and. . .

Methodists. Methodists are known for their social concerns and willingness to take on government. Will you start limiting the freedom of Christians and others to speak out???? I want you to know; it's  a worry.

Education.  You are pushing school choice and a voucher program. There’s already a lot of school choice in America! Home schooling, magnet schools, charter schools, private schools of many types, some state voucher programs. You've said that students should be free to attend the best school for them. Agreed, and I think they already have that freedom!!!!

A heart-warming school story for you. Friday evening 3/3/2017, students in a public middle school in my neighborhood staged a student talent show. I attended and confess to having harbored a ho-hum attitude as the lights dimmed. From the first act I was amazed at their talent. polish, courage as they shared their talent. Even the video recording and announcing was entirely in student hands. Kids growing, performing, cheering and prospering together. I estimated that half of the student performers were white and half were of African-American, Latino, Asian and Middle Eastern backgrounds.  This show spoke to me of what education is about now. 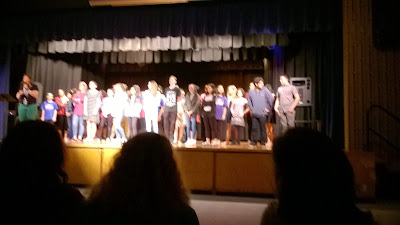 I hope public education prospers in your administration!!!!

However, skeptics think you’ve launched the destruction of public education in America. Where's the truth????

Russia and your election. There are many innuendos pro and con in circulation. What are the real facts????  What do you know???? Are you willing to tell what you know???? It’s imperative that American citizens know the full details.

By seeming to hide something, members of your administration are contributing to the confusion and an atmosphere of distrust. Let the truth out!!!! Pledge to support independent investigations now underway!!!! It's in your job description to do so.

Your spending plan. You propose an expensive border wall and a big infrastructure building program. That amounts to a federal spending speedup. My family wonders how the nation will pay for this many billion dollar bill.

Net, net: my fellow citizens and I could be big losers economically from your spending program. We, our children and grandchildren will be stuck with paying down the debt.

Do your own thinking.