Who is Dave? Below, a single photo (by Ryan Waite; thanks, Ryan) that says volumes.   Dave and family on a sunny day cruise on Puget Sound. Dave is very much a devoted family man.

How the family back home will miss him over the next month! My wife reminds me that I set a precedent by taking off for a month in Egypt during the summer of 1986, leaving the family behind while Dave and his sister were about the ages of Dave's kids as seen above.

Men just do that! Wish I had a better reason.

Dave's grandfather, Clarence Reeck, also left home several summers in the 1950s, scooting by himself all over the Western U.S.A. in the family car, selling Burpee Seeds.

Back to the Divide race today. You can easily follow Dave's progress yourself by clicking on the amazing site Tour Divide 2016 Tracker. The page you'll reach provides an aerial view of the course marked in red and Dave's position on the course.

(As a parent, I'm fascinated by the Tracker. When the marker updates, Dave's okay and further down the road. If the marker doesn't update he's stopped for some reason. Example: he stopped most of Sunday to find a replacement for his blown-out front tire.)

Besides finding Dave's location on Tracker, you can also explore the incredible features of continental divide. The photos of the surrounding lakes and mountains will amaze you. My monthly fee to Comcast for internet will be worth it this June.

Today,  you'll see that Dave and others are riding along Highway 93. The pack is crossing into northern Montana.

The map below provides very basic orientation to the current phase of the Tour Divide. Look at the dark blue line running north to south. Saturday 6/11/2016 and Sunday the riders will cross the border where it intersects with the blue line. They'll continue south along Flathead Lake and into Idaho. This will be like cycling from Vancouver to Seattle except for the high altitude in the Rockies. 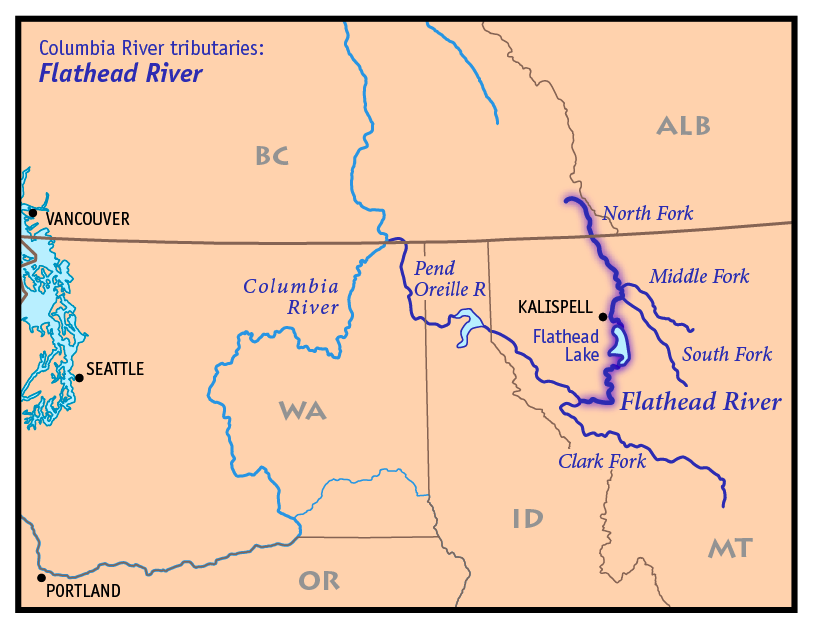 Use of image licensed under Creative Commons Attribution-Share-Alike 3.0 License via Wikimedia. Author: Pfly.


My blog tracks self-discovery, and I imagine the riders of Tour Divide 2016 to be learning a lot about themselves, their own values and those of their supportive communities back home.

I'm intrigued by this race itself and my terrific son's undertaking in particular. I'll post updates as they become available.

They ride on paved roads but also on forest tracks. Honestly, the least developed would be difficult to hike on, much less bike on.

The race trail on the left.

On the right, see the bulge? Just to get into town he spent hours patching this bulge with tie-ties of strong material. A friendly local driving a pickup truck offered Dave a ride into Elkford, B.C. They arrived by moonlight at around 11:30 p.m. Saturday. Sunday, Dave found a replacement tire in a nearby town. A second friendly local helped Dave with transportation that day.

By Tuesday evening 6/14/2016. Dave, back on the road again, crossed the Canadian-U.S. border at Roosville, B.C. and biked on to Eureka, Montana, a Western-style small town with a big heart.

One final family humor point: my father's name was Clarence Reeck. His friends, but only the very closest, called him Pappy Reecka. Any poet out there? Or punster, even?

You rode well so far! Cheers for you, Dave! Enjoy EuReecka.