DARTH VADER AND OBI KNOBE AT THE SYMPHONY. VALUES SPRING TO LIFE

On Friday evening, April 29th, 2016,  Portland was invaded by “Star Wars” and other music of John Williams, including material from “Harry Potter," "Indiana Jones".

Until the very last minute there was an open seat beside mine. As the lights dimmed a young woman slipped into the open seat. I think her arrival made it a full house of 2,176 people.

Tremendous enthusiasm and loud shout-outs filled the place. If it has a memory the 1920s building must have relived its early decades as Oregon’s biggest movie theater. 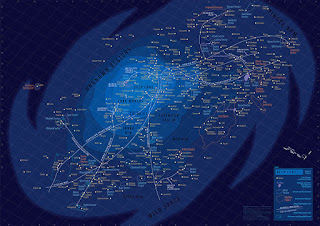 Musically, Williams’ scores drew on a fantastically wide variety of instruments. Some musicians (especially the cymbal player and the kettle drummer) worked far harder than required in classical concerts.

Characters from “Star Wars” stole the show. During “Imperial March,” a dozen troopers appeared in the pit in front of the stage. Later, a Darth Vader entered the stage from the left wing and stole the baton from conductor Paul Ghun Kim. Kim soon reappeared as Obi Kenobi, took over the baton, exiled Darth Vader to the wings, and finished conducting “Yoda’s Theme.” 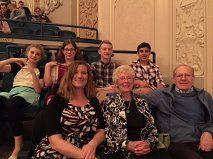 
Finally, during “Main Title,” not just one, but two, R2-D2s appeared in mini-sized stages on the back wall above the orchestra. More shouts from the patrons soared.

Mr. Kim, the Resident Conductor, proved to be a stand-up comedian, throwing off ad-lib humor throughout the concert. After “Main Title,” the audience, on its feet, demanded an encore. He bargained for one and we weren’t satisfied. He yielded and granted a second. People screamed, “More.” He appeared a bit confused and then folded his hands in a pillow pose, rested his head on the “pillow,” and dismissed the orchestra. Reluctantly, the audience left the hall for the ice cream parlors and frozen yogurt spots in the downtown around the Hall.

During one number I hauled out my phone but it wouldn’t yield a decent photo in the darkened hall. Worse, even though I had the flash turned off, it operated on its own. People seated in front of me turned around to see if something was wrong and I worried that an usher would take my phone away.

However, the young woman next to me—the one who arrived at the last minute to take the last open seat—grabbed my camera and filled a wonderful 22-second video on my behalf. No flash and lovely lighting. How did she do it?

The values topic? Classical values exuded from both music and the accompanying antics. The eternal conflict of good versus evil filled the evening. At one point, “Darth Vader” entered from the wings and stole the baton from conductor Paul Ghun Kim. Kim exited the stage and soon reappeared, costumed as Obi Kenobi. He exiled Darth Vader to the wings, and finished conducting “Yoda’s Theme.” Good prevailed. Hard to imagine a better way to present Good over Bad to a youthful audience.

Luke Skywalker? He was a no-show last night. Maybe next time.

Posted by GrowingGreen at 5:26 PM