LOST TAX DEDUCTIONS DISABLING TO MOST WHILE ENRICHING THE ALREADY WEALTHY

An assessment: the Tax Act may sound great, but actually IT'S DEADLY.

Will the Tax Act enable the greater good of people and the planet? No, as you'll see below. Will lower taxes and higher spending lead to greater national debt? Almost certainly. Even with these few questions and answers, doubts about the Tax Act set in.

Take a detour for a minute. Entitled,  "Lost Deduction has Seniors Worried," Tom Foley, 76, visits his wife, Lonnie Foley, 72, at Hawthorne Memory Care in Portland. Currently, Tom can deduct the $70,000 annual bill as a medical expense. The Republican-sponsored tax proposal would eliminate that deduction. ("The Oregonian," Dec. 1, 2017.)   They'll use the money saved to pay for the new deductions for business and higher bracket payers.

Seniors with calamitous medical expenses will end up shoveling money toward wealthy and toward business owners. How can you justify that?

A story from my perch in a retirement community, limited to residents aged at least 55 years. If you visit the Claremont website you’ll see that our houses are modest—a mix of smaller single family homes and town-homes. I regard the retirees generally as “middle class”--a mix of educators, health workers and business persons.

Those I know best (about 40 neighbors) live on fixed incomes. This means that their income generally increases 1.5% to 2% per year, just below the inflation rate.

So there's an acute interest among my neighbors in keeping expenses down. I hear plenty about keeping homeowner association fees even year to year. That’s not easy: the costs of utilities, landscaping and other services rise annually. Yet, some members state that they cannot afford rising fees. Their intensity is a measure of their need to keep costs under control.

Federal income tax is a major expense for most seniors and other American ge groups. Now we’re faced with the 2017 income tax “reform” that raises the effective federal income tax on low and middle income tax bracket taxpayers while withdrawing the deduction for medical care. Two blows in one.

Study the illustration below. You'll see that the cut in 2019 for low income groups is least and for high income groups is greatest. Tax burden change is charted on the vertical dimension while tax years are displayed on the horizontal.

In every year the tax burden rises for low and middle income groups.

But the Act actually lowers lower tax rates on higher income taxpayers. Corporations aren't represented in the illustration but the Act proposes a corporate rate cut from the current 35% to 20%! 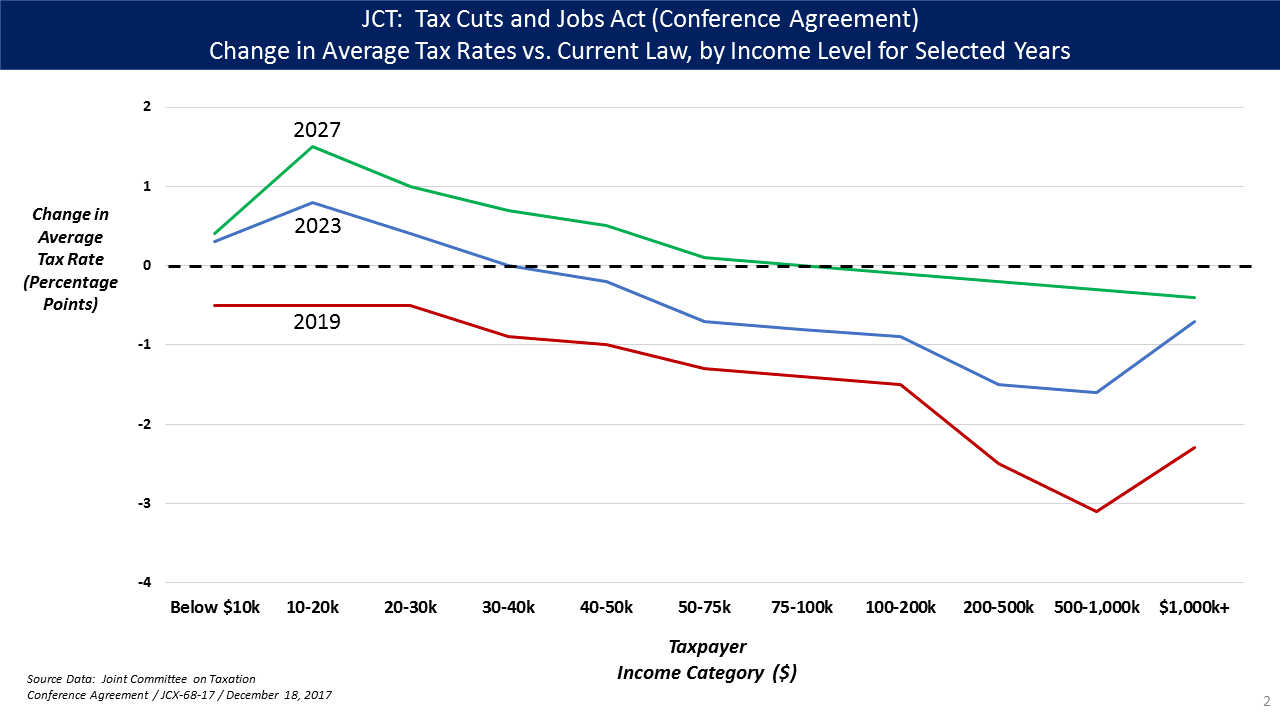 By Farcaster (Own work) [CC BY-SA 4.0 (https://creativecommons.org/licenses/by-sa/4.0)], via Wikimedia Commons

Chart comment: Taxpayers already maxed out are asked to shoulder increased taxes.
Those who can afford to pay more are given a pass to pay less.


The Tax Act will also have the effect of raising the national debt to possibly $20 trillion. Retiring Federal Reserve Board Janet Yellen says, “That should alarm anyone who shares a concern for future generations.” 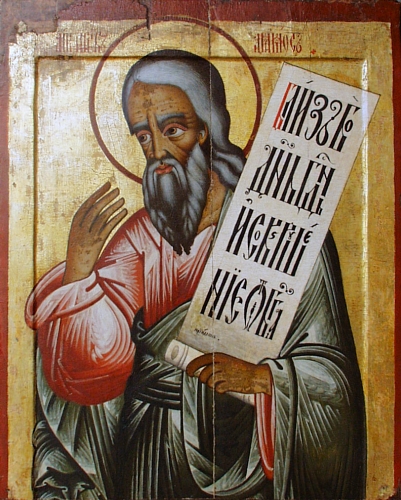 The prophets of old would cry out, if they had a chance, against the Tax and Jobs Act of 2017 as a travesty. Travesty or sin--take your choice.

Read a sample of their words below, spoken to the property accumulators of their time:

“Woe to those who join house to house, who add field to field, until there is no more room, and you are made to dwell alone in the midst of the land.” Holy Bible, Isaiah 5:8.

"Thus says the Lord: ‘For three transgressions of Israel, and for four, I will not revoke the punishment; because they sell the righteous for silver, and the needy for a pair of shoes—they. . .trample the head of the poor into the dust of the earth. . . .'” Holy Bible, Amos 2: 6-7.

If passed, the Tax and Jobs Act is a victory for those who prize private property as the purpose of life.

The Tax and Jobs Act is truly tragic, a defeat of the greater good for all and for the life of the planet. Long term, it could be the first big sign of the fall of American civilization. It’s a bust for the message of the prophets. There are few options, but I see a couple of good ones for any citizen.

Good options to act on:

Support legislators who vote against the adoption of the 2017 Tax Act.   We can vote for better representation in Congress in future elections.

Immediate action: Ask legislators to vote against Tax Act 2017. Also ask for better federal income tax options that will enhance national life, community and the good of all, not just the rich. There will undoubtedly be another chance, this year or next.

Speak out for the new age. Demand new values and vision for the new age to come. Values: good for all; life for the planet. National life: liberty and justice for all.

Citizens and next generations will appreciate you.

Posted by GrowingGreen at 2:33 PM