You and your family: celebrate a great Fourth of July, keep the original spirit of the day and also have a lot of fun. 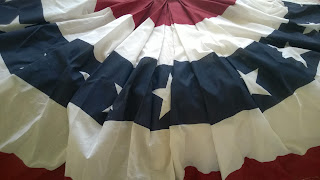 Remember the origins. The day was dedicated to 1, fun, games and 2, solemn assemblies recognizing independence from Great Britain in 1776.

Years ago: John Adams, 2nd president of the U.S., wrote to his wife, Abigail, saying:
“. . . it will be celebrated by succeeding generations as the great anniversary festival. It ought to be commemorated as the day of deliverance, by solemn acts of devotion to God Almighty. It ought to be solemnized with pomp and parade, with shows, games, sports, guns, bells, bonfires, and illuminations, from one end of this continent to the other, from this time forward forever more.” Wikipedia,  citing a John Adams letter.

Now, on to inexpensive ideas for fun and games today:

1, Join a parade. Before writing, I asked my granddaughter about her plans for the 4th. She plans to play her flute in her middle school marching band, parading, amidst floats and scout troops, through Oak Hills, Oregon. Search your community to find the July 4th parade you can watch or march in. 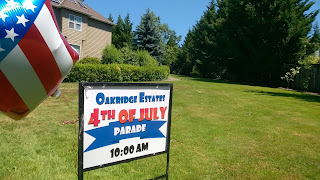 Does your community have an event like this? I bet it does.

2. Fly your American flag or flags. I’m certain my neighbors will be flying their flags. Some on poles. Others—small ones--tucked into flower boxes or lawns. Put the flag away at sunset. Ask a child in your family to help you hoist your flag happily or take it down respectfully. Teach by doing. 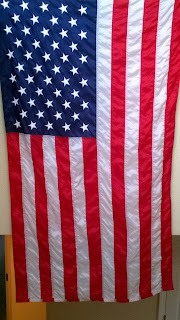 
3. Plan your own celebration, ranging from a neighborhood picnic in a park to a family event in your yard. Remembering that the U.S. is a melting pot, make the party multiracial if possible. 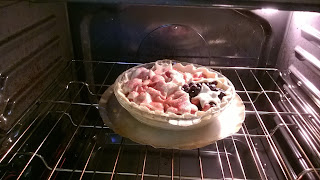 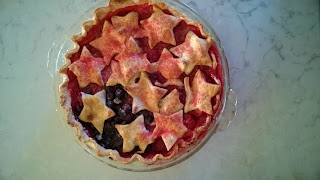 Ah, out of the oven, ready to serve up. See the stars?  Courtesy: my wife, who's produced
baked treats like these ever since she won a medal at the Oregon State Fair.

4. Write out great Fourth of July quotations on slips of paper, one quote on each slip. Let each person around the table read a quote. This is how my mother, as hostess, gave everyone a chance to be involved. Find scintallating quotes at this link.

6. Remember that “being American” means to speak out about your love of country. It also means listening respectfully to the other person, even if you have different points of view. We live to overcome division in a divided country. We are united as one in the land of the brave and the free.

Call out those who would tweet others down, especially if the tweeter occupies a high, responsible position. Let us reclaim our patriotism and our common values, such as "All persons are created equal." This 4th, 2017, in light of two recent presidential tweets against the free press, remember "freedom of the press" as a national value, just as it was in 1776. 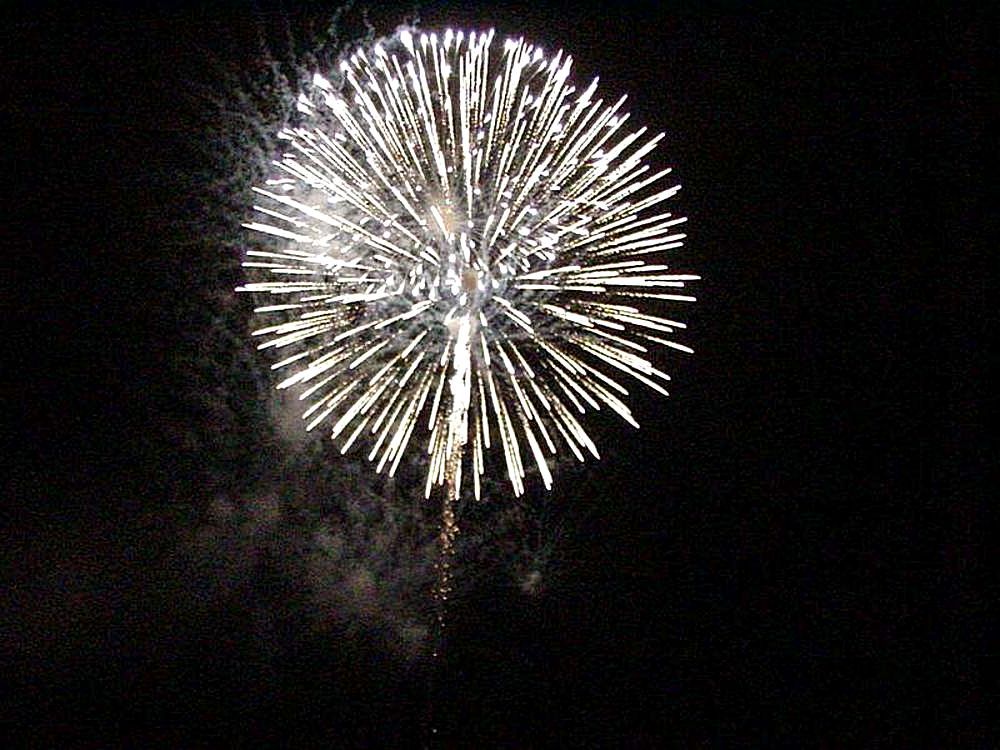 The Thrill of Fireworks  (public domain via Wikimedia Commons)

One of my "sacred" stories from the of July, 1969 in Tacoma, Washington. I was young (30 years of age), my lovely wife was pregnant and on schedule to deliver in a few days, and we'd just returned to the U.S. from living one year in the heat of tropical West Africa. We'd moved into our new home on North 29th Street in Tacoma, WA. FYI, Tacoma is famous for its great 4th of July fireworks show on Commencement Bay, an inlet of Puget Sound, which is an inlet of the Pacific Ocean. I had grown up in Tacoma and had watched the celebrations as a younger person. 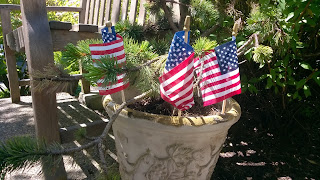 Small Flags in a Pot: Seen in an Older Adult Community

This particular Fourth was chilly and rainy. I bundled up to walk down to a view spot. But when the Air Force fighters flew over at eye level and then climbed steeply at full throttle, well, I forgot the cold! And the the incredible fireworks in the sky, reflected in the dark waters of Commencement Bay, I was proud. It thrills me to remember this story.

Memories like those of Adams are our national sacred stories.  Do you have a "sacred story" about the Fourth that you can tell? Share it. . .below in writing for the blog community or with a friend.

May your 4th be great!. Live brave, live free.
Posted by GrowingGreen at 1:30 PM