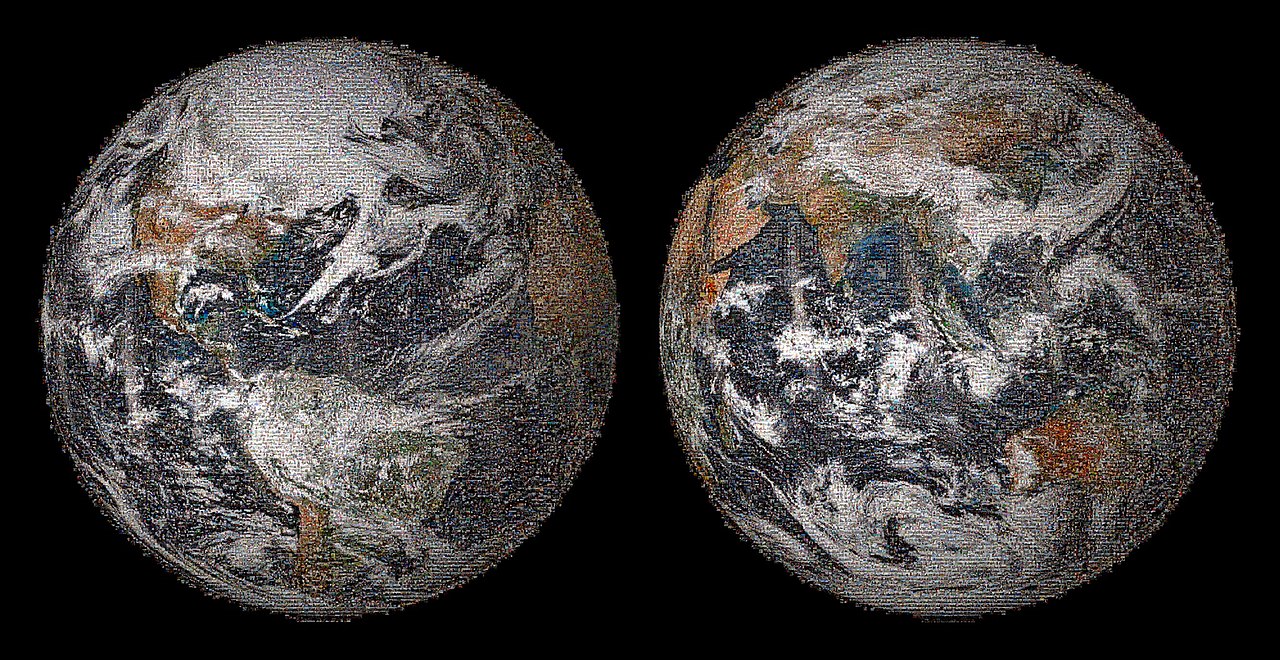 Earth Day, 2017: millions marched for science and the planet Earth on Saturday, April 22. This march was for kids, parents and families.
In Portland, OR,  Seattle, WA, and elsewhere, marchers presumably included persons of many faiths along with others of no formal faith at all.
Is it possible that faith communities might provide a lot of moral backing for environmental science and earth care? Dr. Ron Hines says “Yes.” His original posting is well worth reading. I’ve borrowed some of his thoughts in the post you’re reading now but I urge you to follow the link back to his complete thoughts.
With Ron, let’s start here: does Islam bring resources to the environmental movement? Islam is huge and important to understand. It's not merely jihadis.
According to Ron, Islam considers God (Arabic: Allah) to be the creator of a balance among “all living creatures.” Humans are stewards of creation.
How about Hinduism? The Hindu faith-way affirms Brahman to be the divine energy in all things. According to Hines, that belief “. . . led to court decisions recently in India in which rivers are recognized as having legal rights that must be defended!” Hypothetical example: if a metals manufacturing plant is polluting the river, that must stop.

VISHNU--the preserver, protector
public domain via Wikipedia
And Buddhists? They stress “Right Livelihood” and not acquiring too many consumer goods. Hypothetical example: does the family really need three Accuras?
And Christians? With over 2.4 billion followers or 33% of the world’s population, they would be important if they support scientific health checks for the environment.
Example 1: Rev. Jenny Phillips, an American United Methodist, told a recent United Nations meeting: “The world can trust that the people of The United Methodist Church will offer ourselves as partners…as faithful resisters to any effort to turn back the clock or to deny climate change.”   https://www.linkedin.com/in/rev-jenny-phillips
Example 2: Francis, the Roman Catholic Pope. Francis, released “Laudato Si,” an encyclical devotedentirely to care for the environment, in 2015. 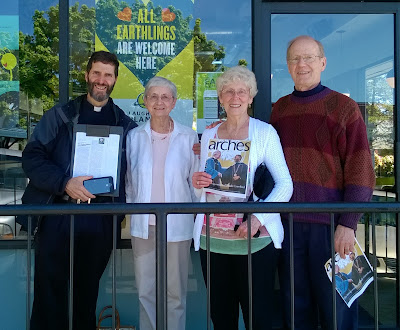 Left: Brother Cyril, O.S.B., leader of Christians in the World event, Laudato Si, held recently at the Mount Angel Abbey, Oregon. Cyril's aunt, Lucy and Darrell Reeck.
His Christian social teaching is trickling down to the local level. I reported on an event for lay Catholics at a monastery in Oregon. The event was devoted to papal teaching on the environment. Read more here; see photo.

So. . . the question: do people of the world faith communities support care for the environment? The evidence is affirmative.  “Yes, we must, we can, we do.”
What are you doing, and can you do, to get in line with religious teaching about care for creation? Some ideas:

Posted by GrowingGreen at 11:36 AM