LOST AND FOUND (KEYS, DOGS AND WHAT ELSE): a modern parable

A husband had two sets of keys, one set for Car A and the house door lock, and another set for Car B only. One day the husband (Papa) had to tell the wife (Noni), “I can’t find my keys!” He searched everywhere. After he was done, she searched and, in an obscure pants pocket, found his keys! Found! What a relief.

Keys: if lost, maybe they can be found. It depends on you. They can't find themselves.

Early the very next morning the husband and his wife left their home and he drove them in Car B to their daughter’s home. The grand-kids needed child care all day. Much happened around the grand-kids’ house that day: a walk in the neighborhood, a nap on the couch, fertilizing the lawn, and more.

Back at their home that evening, Papa had to confess something he wanted to hold in. It was that once again he could not find keys for Car A (the keys that had been found one day before were lost again!) He and Noni searched everywhere: all through clothes in the closet, the entire house, the grand-kids’ house and yard. No keys!

As he prepared to go back home for the night, Papa said to his daughter, “I feel like a guilty little boy.” On the way home, he remember Jesus’ parable about the Lost Coin (Luke 15.) Jesus was always talking about “lost,” but fortunately he coupled his best stories with the moment of finding the lost item.

Papa learned that losing one’s keys is disorienting. “Who am I, really,” he thought. “I’m no longer able to recall details!” He felt that he’d lost something more important than keys: he’d lost his ability to remember.

But he was able to exercise long term memory and recall from boyhood his lost dog. It was horrible. The household had been diminished by the loss of the dog. It was like losing a beloved personal friend. (See the complete story in the book, Growing Green Two Ways!, p. 43 ff.) 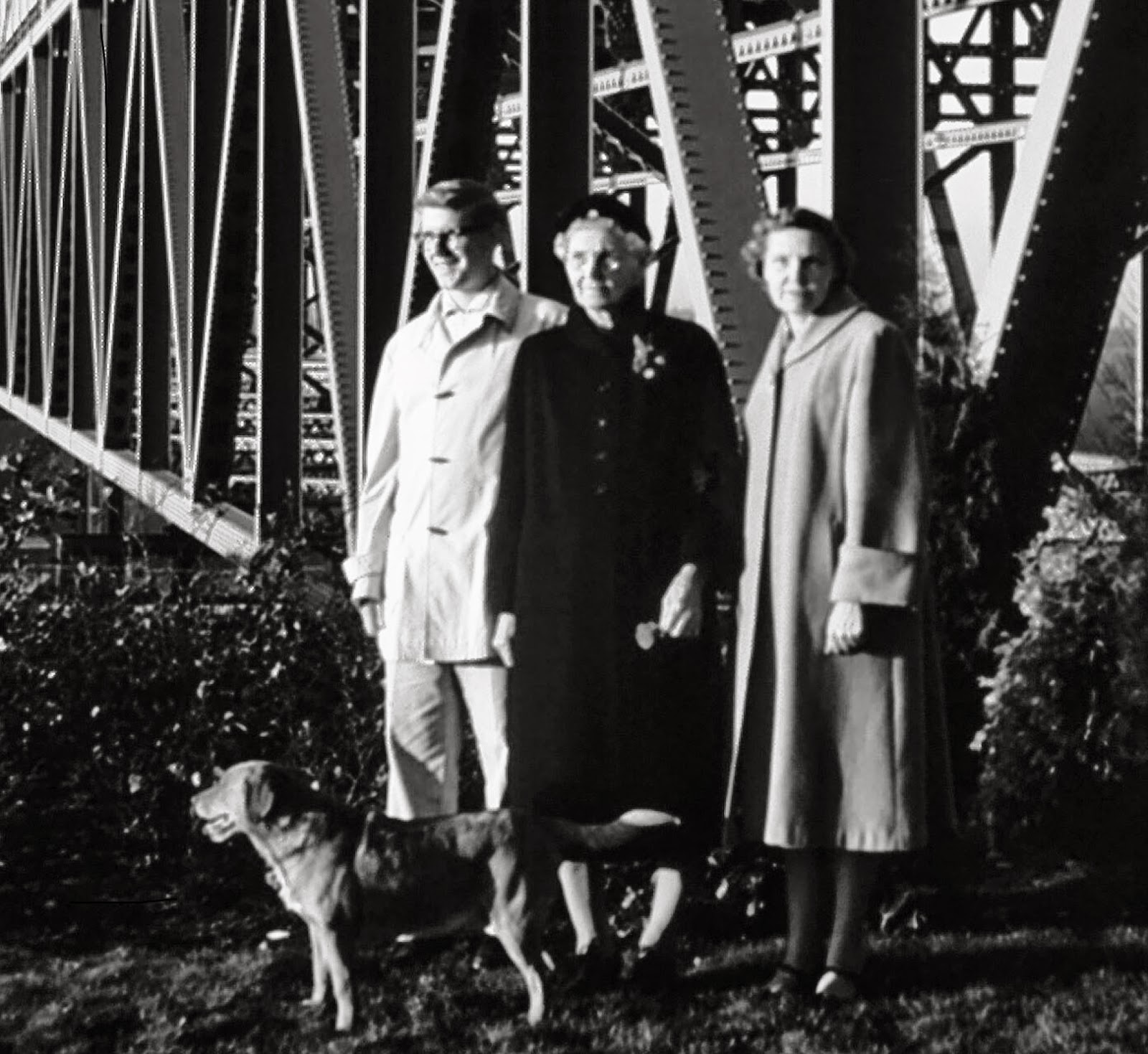 A lost dog is different than lost keys. Unlike keys, a dog may find his own way home.
Left to right: Rusty, Darrell, grandmother Emma, mother Orleen.

The next morning he searched every nook and cranny for his keys. Then, after breakfast, Noni said, “The keys!” She held them up proudly.

“Where were they?” Papa asked?

“Zipped into my purse,” Noni answered, with a blush. Okay, she'd forgotten that for a while but remember it soon enough.

Papa was so relieved! He felt like his identity had not been lost, or had been restored. He could put off concerns over forgetfulness for day in the future.


Papa could understand Jesus’ parents’ relief in finding him safely among scholars in the temple. Also, he had a modern parable to add to Jesus’ stories about lost sheep, coins, and lost people. There’s disorientation when something or someone important is lost. There's joy, recovery of identity and wholeness when something or someone important is found.

Thanks for reading. Pass it on. And remember the world's hungry, October 16: World Food Day.
Posted by GrowingGreen at 10:38 AM